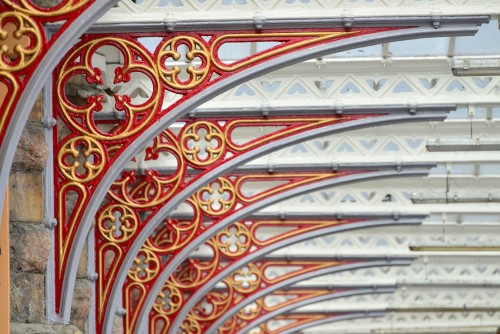 Passengers will be greeted by a smarter, brighter and more welcoming entrance to Bristol Temple Meads following the completion of work to give the station canopies a face-lift.

Network Rail and Taziker have continued the improvements to Bristol Temple Meads station with the completion of work to refurbish and re-paint the canopies at the station entrance with a new colour scheme.

The painting has been undertaken by Network Rail and Taziker who began preparatory work last September, with their teams stripping back the old paint and priming all the columns, trusses (roof beams), and brackets within the station.

Nearly 900 litres of paint have been used to spruce up the station canopies with the new colour scheme bookending London Paddington station, whereby the colour of the forecourt canopies and main station roof at Bristol Temple Meads feature an off-white colour, with hints of mid-grey tones on the trusses and brown-red details. This is reversed at London Paddington station where the roof is brown-red colour with small grey details on the trusses.

In addition to providing a link to Paddington station, the chosen colour scheme also reflects the historic palette of colours that had previously been used within the station that were commonly used in the late 19th to 20th century.

This work is part of the station roof restoration project which is continuing to progress well. Further work continues to erect 32, 36m-long roof beams across the platforms inside the station’s main train shed. These will be used to support a large safety screen that will give engineers access to the roof to carry out the reglazing and painting while protecting passengers and staff from the work being carried out overhead.

The roof refurbishment is expected to be completed in 2023 and is part of the wider Bristol Rail Regeneration programme that will see a number of improvements to the railway in Bristol and the iconic Bristol Temple Meads station over the next three years, representing a major investment in sustainable transport in the region and creating a major transport hub that will serve millions of passengers each year and support business right across the region.

Maxine Prydderch, Project Manager, Network Rail said: “We are really pleased with the quality of the new Bristol Temple Meads colour scheme and the beautiful hidden details that have been unearthed under layers of old paint as part of refurbishment of the station entrance canopies.

“Now this area is complete, it’ll give our passengers and station users a real feel for what the station as a whole will look like over the coming years.”

Neil Harrison, Managing Director Infrastructure, Taziker said: “The painting work at Bristol Temple Meads really gives the station a new improved look and whilst the work has been challenging due to dealing with weather and a live station environment, we are pleased with the final outcome of which our team can be really proud of.” 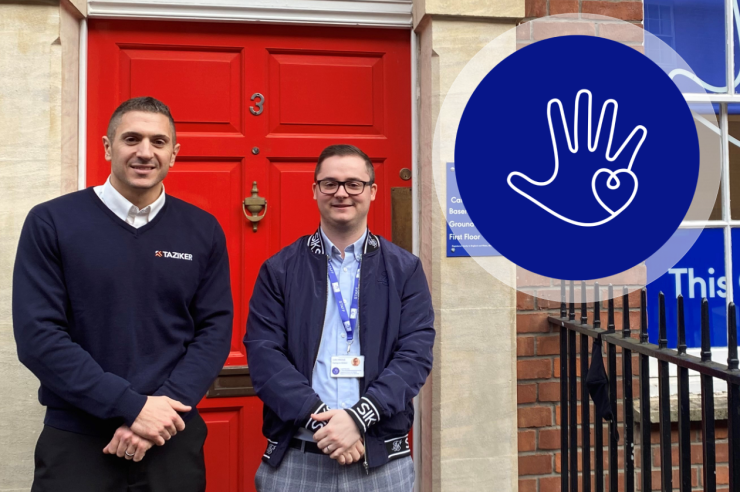 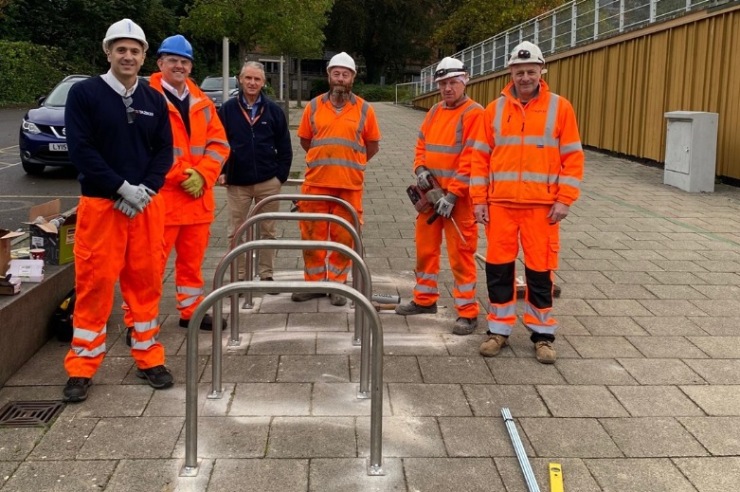 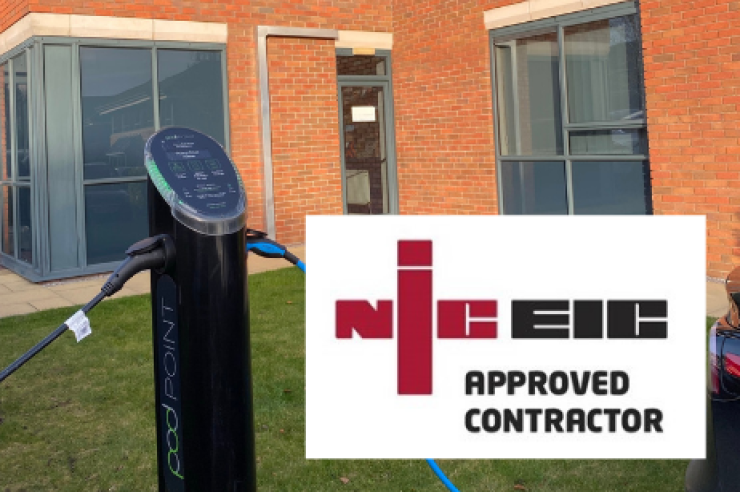 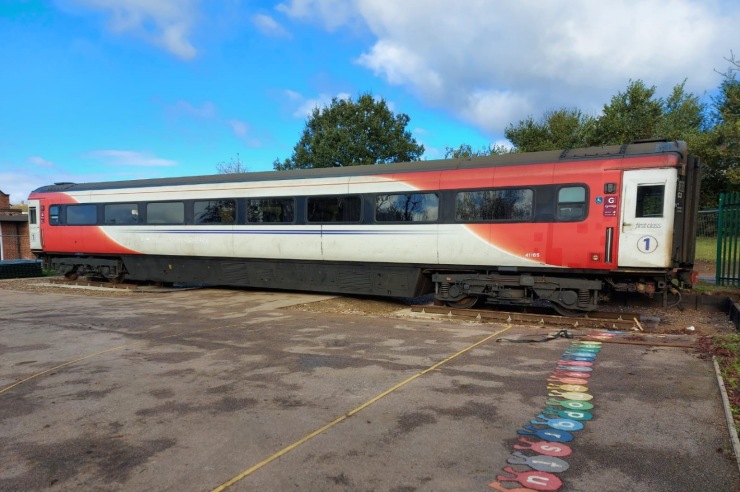 The bridge carries 4 lanes of the A273 across the River Clyde in North Lanarkshire and is a vital link between the towns of Hamilton and Motherwell....