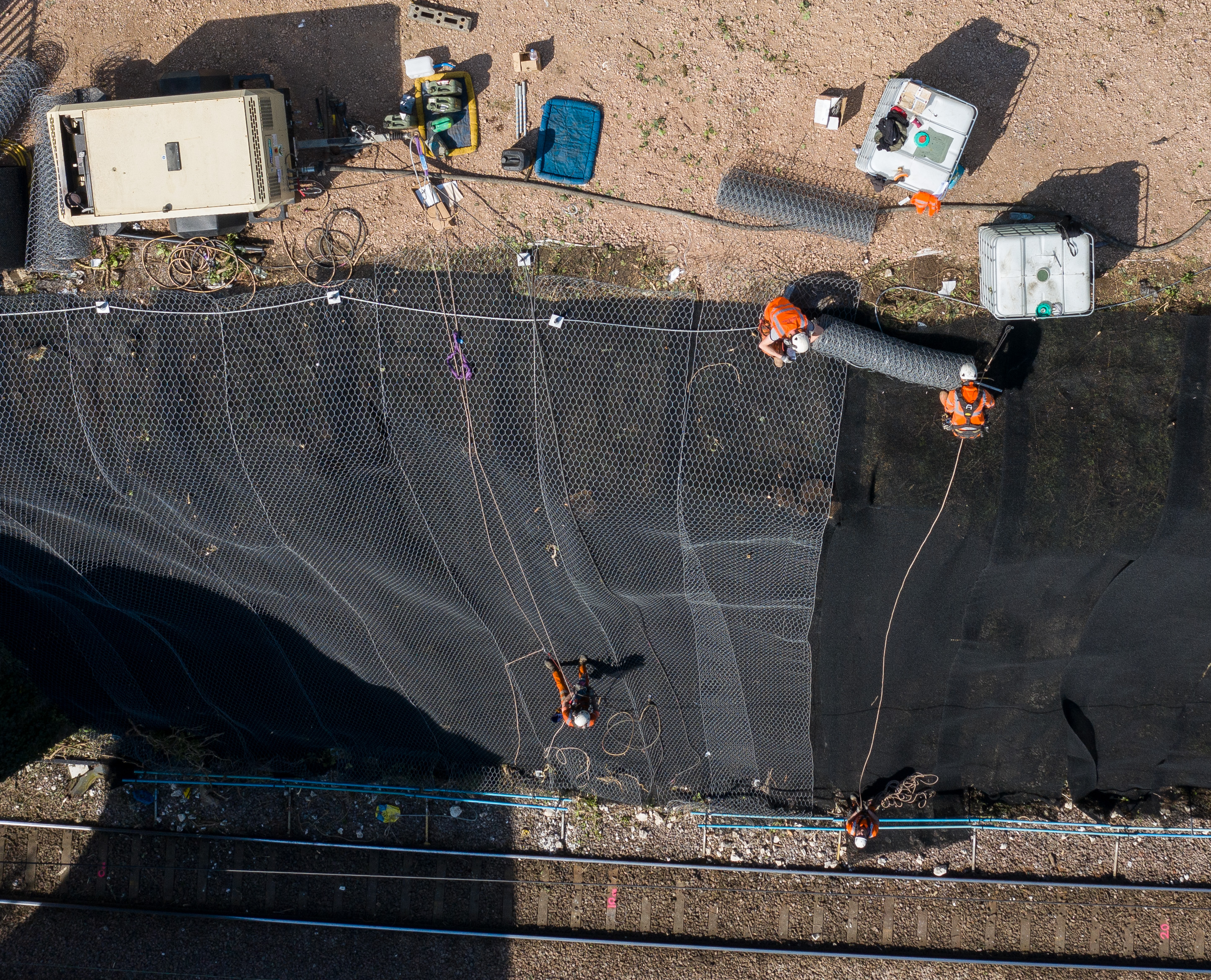 A town in Essex, Purfleet is located in Network Rail’s Anglia route - part of the Eastern region.  The work we carried out was between Rainham Creek and Purfleet Station on the Tilbury loop.

Essential work was required to reinforce the steep, unstable embankments preventing material from falling on the track below.

Prior to our works, the site was one of the most unstable rail line embankments in the region.  Over time the embankment had eroded, with sections of chalk rock, trees and debris becoming dislodged and falling on to the track below.  This had damaged overhead line equipment (OHLE) as well as trains and ultimately had led to delays and cancellations for passengers. 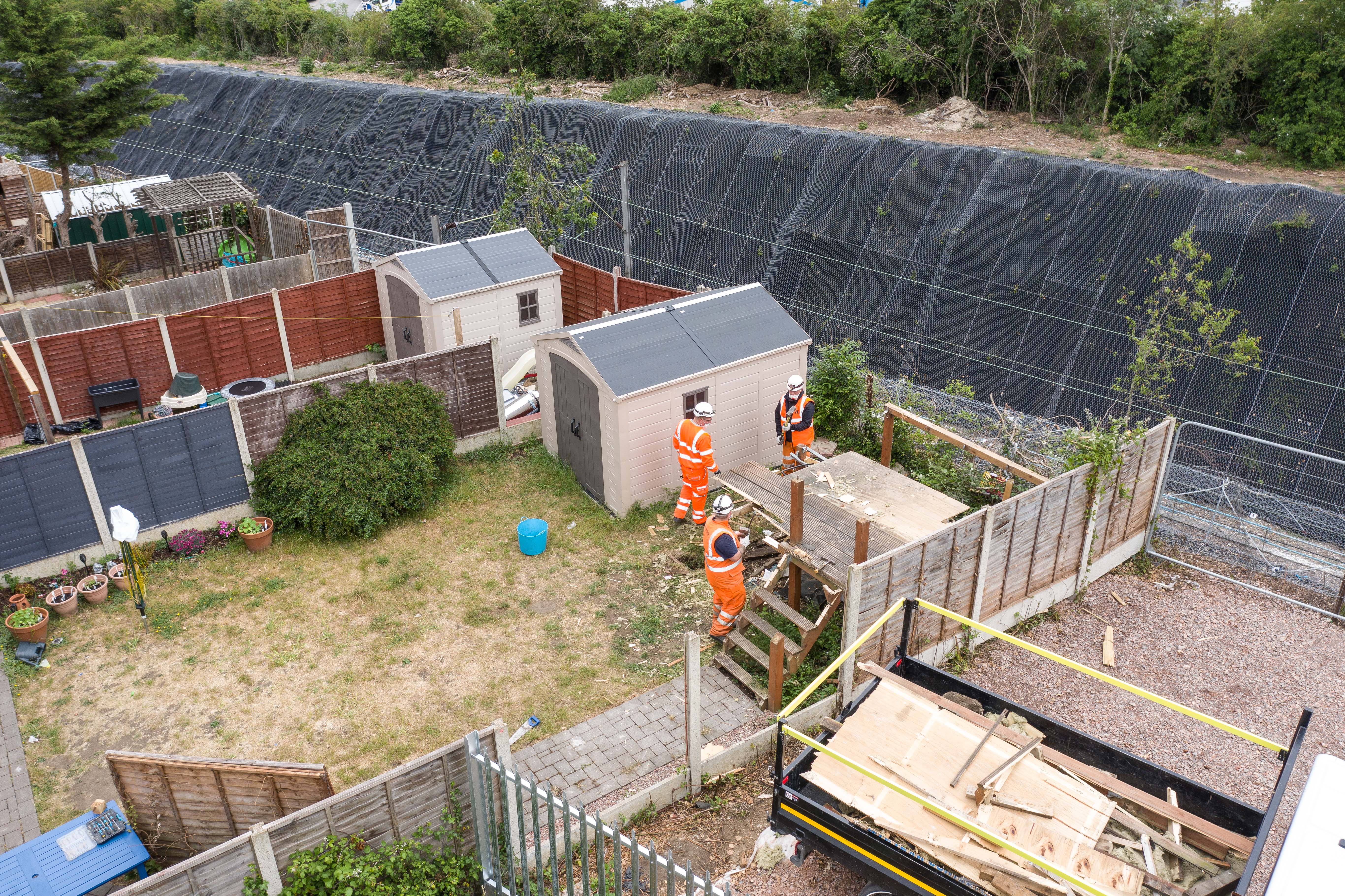 This project required us to work on very unstable chalk cutting which had previously failed, leading to these mitigating works.  After the devegetation and mechanical tree clearance works on the embankments, it was discovered that to the rear of some of the houses within the vicinity of the worksite there was a landslip encroaching into the gardens of seven properties.  We required the use of the gardens to access our works efficiently.

Shortly after project commencement our team discovered that it would be necessary to also remove a large amount of fly-tipped waste that had previously gone unnoticed on the embankment due to being concealed by the overgrown vegetation.

Together with our client we liaised with the property owners to reclaim some of their land which had been encroached by the landslip.  This allowed us to erect protective fencing, drill new additional anchors and install a rockfall catch fence to protect the line below from any subsequent rock fall. 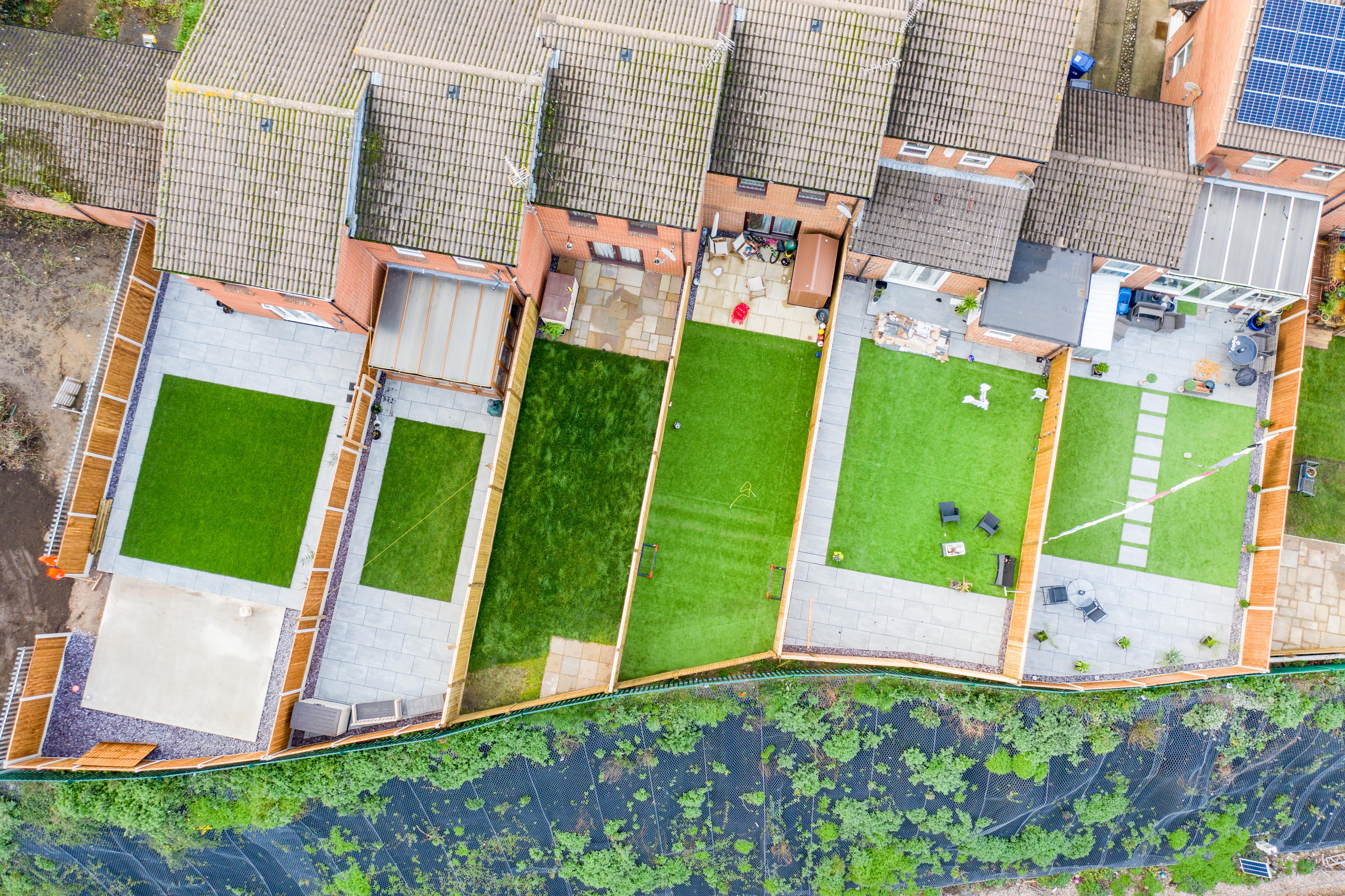 We liaised with and enlisted the work of a local landscaping subcontractor to completely relandscape the seven affected properties.  They built patios, resurfaced lawns, and replaced outbuildings that we had previously removed as a result of the landslip in order to make the boundary safe.  This collaborative effort made certain that residents remained content despite the significant works taking place within such close proximity to their homes, as well as within their property boundaries.

Due to the nature of this project involving mechanical tree clearance and vegetation management, it was necessary that a large proportion of the arboriculture related waste be chipped and reduced. Our team donated much of the chipped wood to the local residents to use as kindling and firewood, selecting the most efficient and environmentally friendly route of disposal.

Fly-tipping on the embankment had created an eyesore, as well as polluting the area with the threat of items falling on to the railway.  Once our vegetation works had been carried out, our team correctly disposed of approximately 20 tonnes of waste and material using road rail vehicles (RRV).

We implemented solar-powered generators on site, providing us with a renewable energy solution to power our equipment and welfare facilities.

We successfully completed the required work - improving the safety and aesthetic of the embankment for the trains and passengers travelling below and ensuring the reliability of services.

The embankments were cleared of vegetation and trees, anchors were drilled along the top of the cutting and a geotextile erosion control blanket and rockfall netting were installed.  Fencing was installed at the top of the embankment to protecting the adjacent residential houses.

By using the solar powered generators, during August 2020 we stopped 14 tonnes of CO2 entering the atmosphere when compared to a standard diesel generator.

The scope of the works: 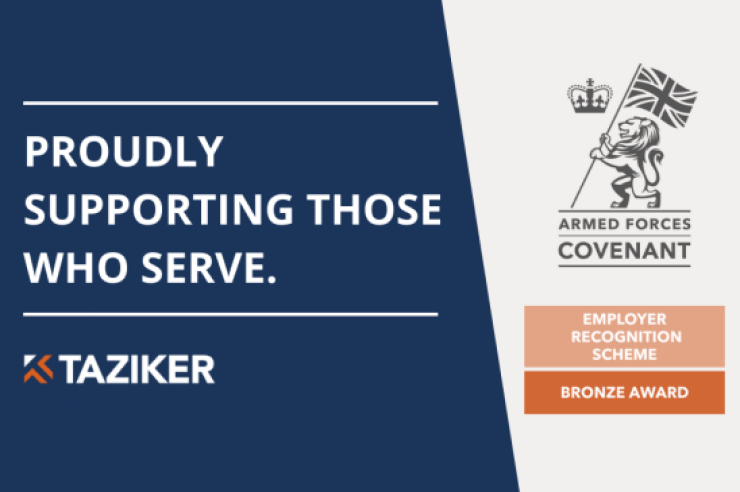 Signing an Armed Forces Covenant enables us to show our continuous support to the armed forces community and we are extremely proud to have achieved the Bronze Award for the Defence Employer... 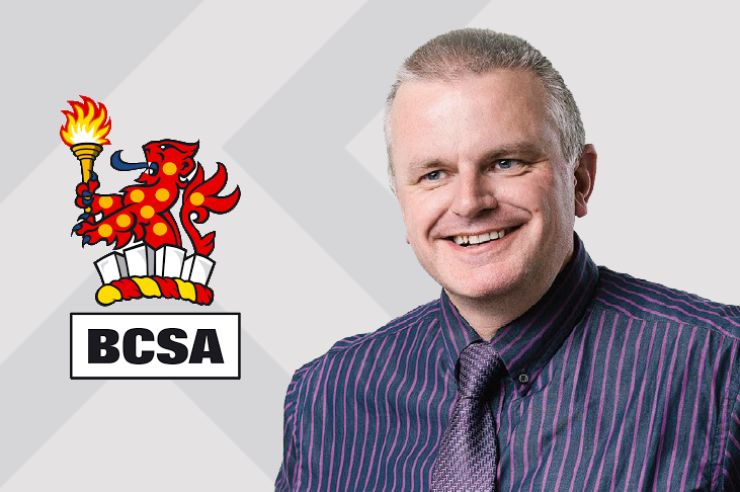 Taziker is proud to announce that our Director of Technical Services and Special Projects, Matthew Greenhalgh, has been appointed as the Vice Chairman of the British Constructional Steelwork... 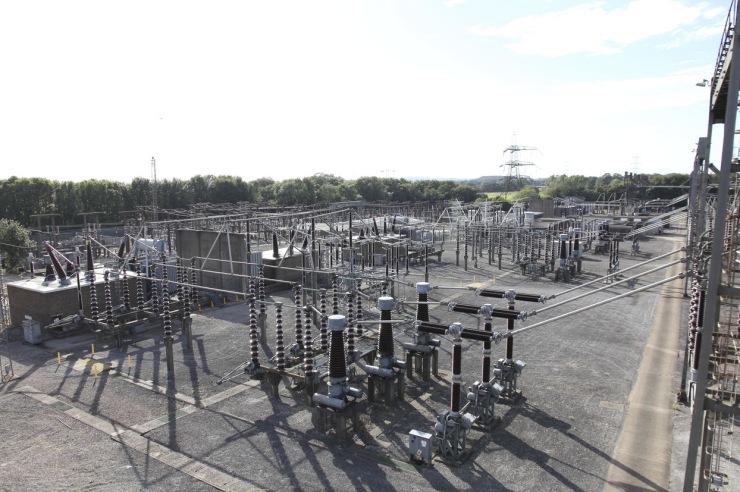 Taziker has been awarded a place on a long-term, multi-million-pound framework for the provision of scaffolding with National Grid, covering multiple locations around the UK. 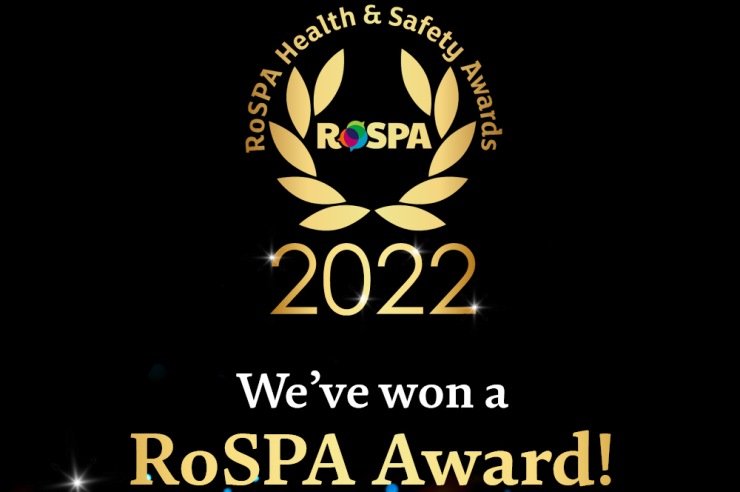 Taziker is celebrating after landing an internationally-recognised award for demonstrating high health and safety standards for the second year in a row.